1- Are there residual MYCORRHIZAE in the soil the following year?

Did you know? Some mycorrhizae remain, but not enough, and the mycorrhizal spores that survive are not necessarily close enough to the seed for the beneficial effects to be felt during the growth season. The only way to ensure optimal results is to inoculate each year with the right active ingredient (species), at the right rate, at the right time and at the right place. The symbiosis should be established with an effective species as soon as possible if you want to gain the desired benefits.

Why? Several factors contribute to decreasing the mycorrhizae population in agricultural soils:

You want to learn more? Read our blog article about soil biology.

2- Does the SOIL TYPE influence the development of the mycorrhizal relationship?

Did you know? The soil type (e.g., clay, loam, sand) does not influence mycorrhizae development. Beneficial effects have been observed in clay, loam, sandy and organic soils.

Did you know? The conditions that are favourable to seed germination or plant growth are also favorable to mycorrhizae.

Why? The mycorrhizal activity is directly related to plant activities and photosynthesis. If growing conditions stimulate plant physiology, it is the same for mycorrhizae. Warmer soils, at the beginning of the season, support more active root development and therefore more mycorrhizae activity and development. This is also true for rhizobia.

Did you know? Significant and positive yield increases have been observed in the potato industry where soils have high P, and also in Western Canada where soils have low P but high P rates are added at the time of seeding. Consult our Efficacy Report showing AGTIV® proven results.

Why? Phosphorus quickly becomes unavailable in soils as it is fixed on soil particles (via Al, Fe or Ca) and organic matter; and in a form that plants are unable to use it. Mycorrhizae will allow the plant to have access to it. “They [mycorrhizae] are particularly beneficial in the uptake of immobile nutrients like phosphorus which depend on diffusion into an adjacent root [the hyphae] for movement into the plant.’’ 1 In the organic soil, the phosphorus is fixed by the organic matter. So, this immobilized & non-mobile phosphorus is not accessible for the plant. The plant need the mycorrhizal hyphae to reach and uptake this phosphorus.

5- Can mycorrhizae affect PRODUCTION in a negative way?

Did you know? Mycorrhization is controlled by the plant that facilitates and controls its development through sugar supply and for this reason can’t have negative effect on crops.

Why? In fact, the rate of photosynthesis is substantially increased in mycorrhizal plants, as well as the amount of synthesized sugar (more than the carbon costs of the mycorrhizal symbiose). If mycorrhizae would decrease plant performance, the symbiosis would have been worthless and would have disappeared during the plant’s evolution.

You want to learn more? Consult our Efficacy Report showing how mycorrhizae help to increase productivity.

6- Will a FUNGICIDE seed treatment kill the beneficial mycorrhizal fungi?

Did you know? Arbuscular Mycorrhizal Fungi (AMF) pertain to a different class of fungi, and they are not susceptible to the active ingredients in most fungicide seed treatments tested.

Why? The active molecules of the fungicide don’t interact with the mycorrhizal fungal morphological structure or metabolic process.

Did you know? Brassicaceae plants (canola and mustard) do not establish mycorrhizal symbiosis. In fact, having canola in your crop rotation has a negative effect on mycorrhizae populations in the soil.

Why? Canola roots exude a toxic compound that reduces populations of those beneficial microorganisms in the soil. Read our related blog article to learn more.

8- What does TRIPARTITE SYMBIOSIS mean?

Did you know? The tripartite symbiosis is the biological interaction between mycorrhizae, rhizobium and plants.

Why? By enhancing root system growth and creating a network of filaments, mycorrhizae help plants to uptake more nutrients, such as phosphorus, and increase the nodulation process for the rhizobium. With the tripartite symbiosis, the plant gets an early start, reaches more nutrients for an increased productivity.

How does it works?

You want to learn more? Read our blog article about tripartite symbiosis.

9- Why did Premier Tech choose the mycorrhizal fungus GLOMUS INTRARADICES?

Did you know? Premier Tech selected Glomus intraradices more than 35 years ago because it has shown to be adaptable to several soil types and environmental conditions.

Why? Over the last three decades, numerous scientific articles have demonstrated that Glomus intraradices is a:

You want to learn more? Read our blog article explaining why is Glomus intraradices a superior strain.

10- Why do AGTIV products contain only one species of AMF?

Did you know? Several scientific articles demonstrate that mixed arbuscular mycorrhizal fungi (AMF) inoculants are not better than single species inoculants and sometimes show lower performance. It has been noted that one dominant species takes in charge of the symbiosis to the detriment of other species.

Why?  Ortas (2010) demonstrate that a mixture of 4 AMF had a lower yield then any of the four species taken individually and this during 4 different years.1

Lu et al. (2015) wrote: “In addition, simultaneous root colonization by the two AMF species (Glomus intraradices and Glomus mossae) did not improve the growth of M. alba seedlings compared with inoculation with either species alone.” 2

Anusuya (2007) is more explicit saying: “G intraradices has turned up as a wonder fungus in several surveys, and field experience so far has shown it to be equal or superior to mixtures of other fungi.” He added: “There is a concern that less effective fungi could dilute the propagules of the fungus that works best, perhaps decreasing its effectiveness.” 3

11- What is the biological process by which mycorrhizae UPTAKE PHOSPHORUS from the soil and transfer it to the plant?

Did you know? Mycorrhizae have a phosphorus (P) uptake gene in hyphae exploring the soil allowing it to uptake P and transfer it to the root cells. Then, a specific P transporter is used by the plant to bring it into its other cells.

You want to learn more? See how the mycorrhizal symbiosis takes place.

12- Can mycorrhizae have an impact on the incidence of certain DISEASES?

Did you know? Even though our products are biostimulants, there are numerous scientific publications showing that plants having mycorrhizae are more resistant to diseases.

Why? Several mechanisms are responsible for this resistance such as the CNN (competition for niche and nutrients), the Induced Systemic Resistance (ISR) and the growth promotion of other soil beneficial microorganisms. ISR acts just like a vaccine would immunize humans from pathogens. Arbuscular Mycorrhizal Fungi (AMF) prime the plant’s immune system to an enhanced state of readiness that can be mobilized rapidly, systematically and effectively against a broad spectrum of plant pathogens and even pests throughout the whole plant.

To learn more about product application, read below the answers to various frequently asked questions.

1- Can mycorrhizal inoculant be mixed with FERTILIZERS?

Did you know? AGTIV® products cannot be mixed with granular fertilizers.

2- Is one application for FORAGE crops sufficient for the crop's lifetime?

Did you know? Provided that the crop was inoculated at seeding according to the recommended application rates, one application for forage crops (such as alfalfa) is sufficient for the crop's lifetime.

Why? Like the plant, mycorrhizae will go dormant and overwinter in plant roots, and in the spring, assuming the plant remains alive, the roots will become re-activated and the symbiotic relation will restart a functional mycorrhizal network ready to explore the soil.

You want to learn more? Consult the Efficacy Report showing how mycorrhizae are beneficial for the winter survival of forage crops.

3- Is it possible to test the COMPATIBILITY of pesticides with AGTIV inoculants?

Did you know? Premier Tech has developed a method that allows us to test it's inoculant viability with most products available on the market.

You want to learn more?  An approved pesticide list is available on this website. Go to the Quick Access of our toolbox page or consult the pesticides compatibility charts.

4- Can the recommended RATE of inoculant be decreased?

Did you know? Like all registered products, application rates on the label must be followed to reach product efficacy.

Why? If recommended rates are not followed, there’s a great probability that the interaction would not occur or would be delayed and plants would not get the expected benefits.

You want to learn more? Consult our product pages in order to see the recommended application rates.

5- Can mycorrhizal inoculant be applied on seeds a few days BEFORE SEEDING?

Did you know? AGTIV® powder products can't be applied on seeds a few days before seeding.

Why? The mycorrhizal spores would dehydrate and die. The seeds must be sown within 8 hours after inoculation.

For pre-treated seeds, an option is to use the AGTIV® ON SEEDTM mycorrhizal inoculant (Premier Tech technology) as the film coating will “protect” spores in the product to withstand dehydration from the seed for up to 90 days.

6- Can I mix mycorrhizal inoculant with FUNGICIDE seed treatment?

You want to learn more?  Go to the Quick Access of our toolbox page and consult the pesticides compatibility chart.

The information on microorganisms presented here reflects the state of current scientific knowledge on their effect on plant biostimulation. It does not, however, confirm the explicit and specific statements of the various manufacturers on the active ingredients incorporated in their products and is not in any way related to the claims made by the governmental authorities governing these products.

Filter ▼
There were no results found for your search criteria. 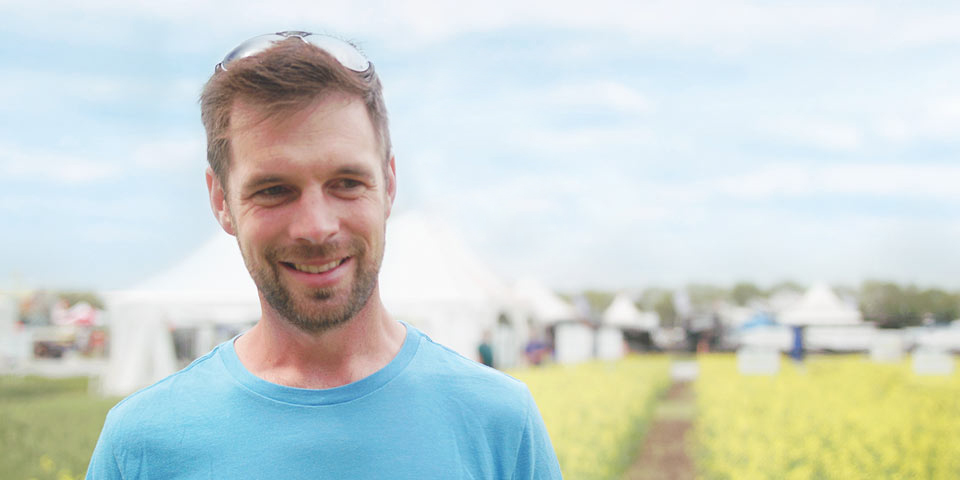 "THE LEADER IN OUR FIELD SCALE TRIAL" 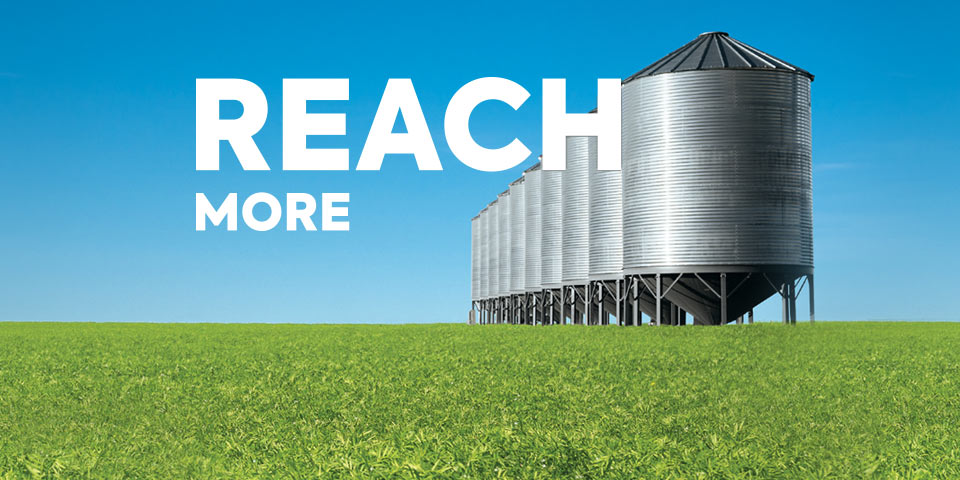