Looking for strategies to improve soil health and biodiversity?

Learn more about how to stimulate your soil’s biology with mycorrhizal inoculant.

Soil is one of the most diverse habitats on Earth.  Nowhere in nature are species so densely packed as in soil communities. A single gram of soil in its natural state may contain billions of individuals and several thousand species of bacteria, fungi, flora, fauna with their exudates and metabolites.

What are the functions of biological life and plant-microorganism relationships in the soil?

Microorganisms are not homogeneously distributed in the soil and so are nutrients. The rhizosphere can have 1000 to 2000 times more individuals than bulk soil. Although there is an increase in number, a reduction of microbial diversity is often reported in the rhizosphere. Microbial colonization of plants is not uniform, and plants decide, through every growth stage, how they build relationships with different microbes depending on their needs and nutrient availability. Soil microbes have variable functionalities, from their impact on soil structure and nutrient solubilization, which explains their importance in soils.

When this environment is very crowded and alive, it generates a vast number of functionalities such as:

Mycorrhizae have been present in soils for over 400 million years.
Why should I add more?

In agricultural land, with its intensive use over the years, nutrients are becoming scarce, soil structure breaks up and soil life relies on less and less microorganisms. Soil needs some help to regenerate itself and microorganisms are a way to do it and reverse the degradation process.

Some microorganisms can fix nitrogen, acting just like a micro nitrogen plant. Other microorganisms, such as mycorrhizal fungi, can stimulate plant growth by creating a secondary root system that brings nutrients and water to plants that wouldn't be accessible otherwise. These fungi act as soil structure builders.

In fact, adding microorganisms in agricultural soils helps revive the soils and allow the plants to grow in the best conditions.

Why is crop rotation considered a good agricultural practice? 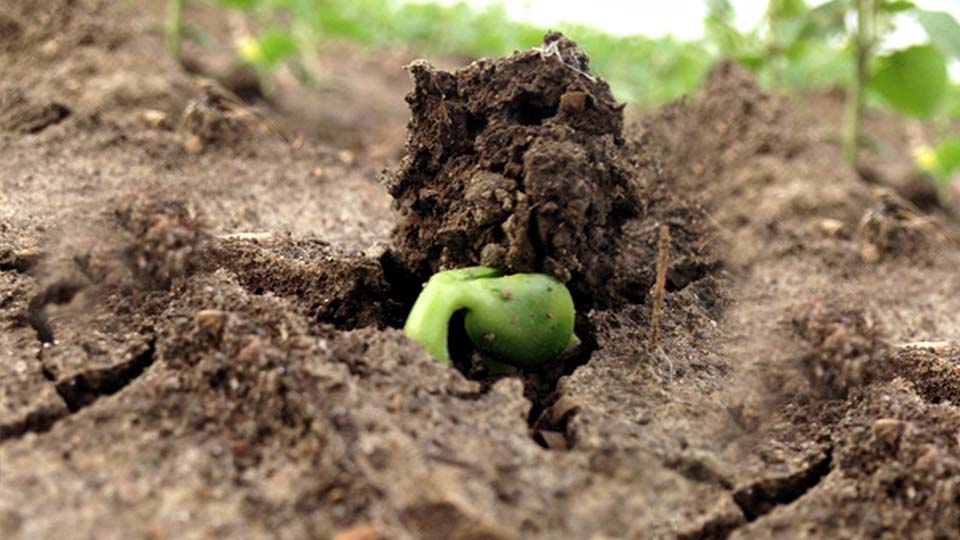 Why think about soil biology?